The first concentrated solar power plant in Latin America, built with the support of the EU-LAIF, KfW and Corfo, is connected to the the Chilean electricity grid 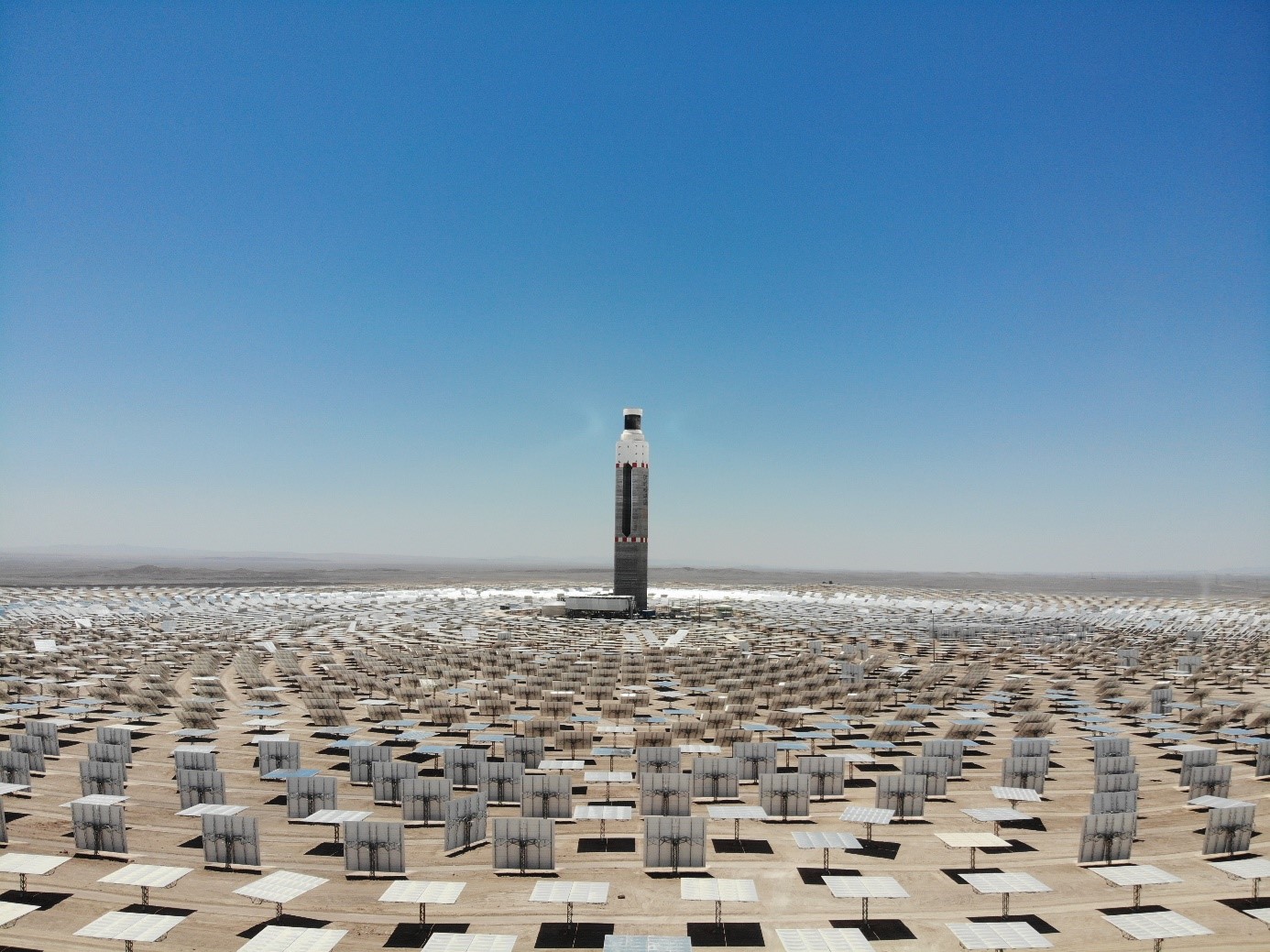 The first concentrated solar power plant in Latin America was inaugurated in Chile, which will supply more than 380,000 homes with 100% clean and renewable energy. The Cerro Dominador project is the first combined solar thermal and photovoltaic system in Latin America that will contribute significantly to the mitigation of climate change, preventing the emission of 870 thousand tonnes of CO2  per year.

The European Union (EU), KfW and KfW IPEX-Bank contribute a total of EUR 113 million towards the financing of the Cerro Dominador project in northern Chile, through the combination of a grant from the EU’s Latin America Investment Facility (LAIF) and loans from the International Climate Protection Initiative (IKI) of the German Federal Ministry for the Environment, which are implemented by KfW Development Bank.

The Cerro Dominador project is located in one of the sunniest places in the world, the Atacama Desert, and consists of two components: a photovoltaic system that is already in operation, and the today inaugurated solar thermal system that will have an installed capacity of 110 megawatts. Both components together will have a total capacity of 210 MW and will supply the Chilean electricity grid with green energy.

Unlike the photovoltaic system, the innovative solar thermal system uses the sun’s heat directly. 10,600 mirrors, known as heliostats, each with a surface area of 140m2, focus the sunlight onto a heat receiver on a 250m-tall tower. Molten salts circulate through this receiver at a temperature of 560°C and transfer the heat to a circuit that drives a steam turbine to produce electricity. One distinctive feature of the solar thermal system is that the molten salts can be stored for up to 17.5 hours, enabling the system to keep operating even without direct sunlight. This allows electricity to be produced reliably, 24 hours a day.

The IKI contribution implemented by KfW Development Bank is provided through a loan of EUR 53 million to the Republic of Chile via the government-owned Chilean economic development agency Corporación de Fomento de la Producción (Corfo). Corfo, in turn, transferred the funds to the Cerro Dominador project via a local bank. The LAIF grant of the European Union of EUR 15 million was also implemented by KfW Development Bank. In addition, debt capital of EUR 45 million in USD equivalent is provided through project financing from KfW IPEX-Bank and a group of international financial institutions and other institutional investors.

The Ambassador of the European Union to Chile, León De la Torre, stated “Chile and the EU are climate partners and work closely together on the shared goal of carbon-neutrality by 2050. The launch of Cerro Dominador is a symbol of our strategic alliance, values, technology and investment. The EU is proud to have provided with European technology and a grant of EUR 15 million towards its construction and thereby leverage large-scale funds for the development of energy sources for the future.”

The German Federal Environment Minister Schulze remarked “I am delighted that, through GIZ and KfW Group, the Federal Environment Ministry could play a part in realising the Cerro Dominador CSP project. As the first CSP power plant in South America, it is a beacon for the entire region. I hope that more of these power plants will be constructed to tap the enormous potential of solar energy.”

"Today the first concentrated solar power plant in Latin America is inaugurated in Chile, which will supply more than 380,000 homes with 100% clean and renewable energy. Corfo is the state agency that has been preparing the country for the challenges of the future, and that is why it was a key institution to raise this innovative and sustainable project, which will allow us to move towards carbon neutrality in Chile", stressed Pablo Terrazas, Executive Vice-President of Corfo.

The project is Latin America’s first combined solar thermal and photovoltaic system. With financial support from the EU, KfW and Corfo, the system will make an important contribution to international climate change mitigation, preventing the emission of 870 thousand tonnes of CO2 per year.

Click here for more information about this project: https://www.eulaif.eu/en/projects/chilean-solar-energy-program