Financial incentives for reducing CO2 at the Pichacay landfill in Cuenca, Ecuador 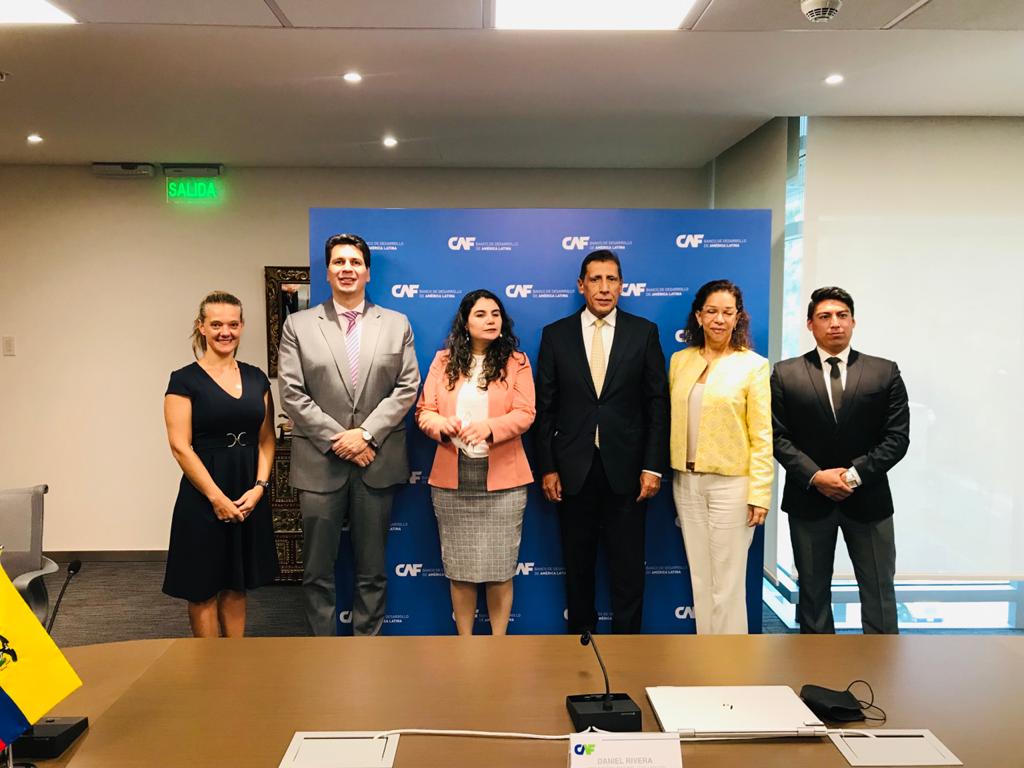 The Development Bank of Latin America (CAF), the Municipal Decentralized Autonomous Government of Cuenca Canton, and the Mixed Economy company EMAC-BGP ENERGY CEM, signed a performance agreement to grant financial incentives for CO2 reduction to the Biogas Electric Generation Plant of the Sanitary Landfill Pichacay, in the city of Cuenca.

This initiative, a pioneer in Ecuador, is financed with resources from LAIF's Facility for Performance Based Climate Finance in Latin America, where CAF is the implementing institution and the German Federal Government's Credit Bank for Reconstruction, KfW, is the resource manager. The funds are executed in coordination with the Ministry of the Environment, Water and Ecological Transition.

Daniel Rivera, CAF representative in Ecuador, highlighted that this project constitutes a real step in the purpose that CAF has set itself to project itself as the Green Bank of Latin America, and pointed out that this conjunction of efforts with the European Union, through LAIF; KfW; the Ministry of Environment, Water and Ecological Transition; private companies and the municipality of Cuenca show us a promising path to face the challenges of climate change. The project will allow the generation of clean electricity in a rural area, provide a service with adequate quality and continuity, and improve the quality of life of families settled in neighborhoods and parishes in the area of influence. Likewise, as it is a cutting-edge technology, process innovation is promoted with regard to the final disposal of waste, and the research and development of local technologies are encouraged.

Pedro Palacios, mayor of the Cuenca canton, stated that the biogas generation plant, in addition to the environmental benefit it generates, also intends to unleash a cultural and social change in the population regarding the way of estimating solid waste, actively involving citizens in energy generation, considering that classifying and organizing waste begins in each of the homes.

Karina Barrera, sub-secretary of Climate Change of the Ministry of Environment, Water and Ecological Transition, stated that this initiative is another step towards achieving sustainable systems and referred to the importance of having a long-term vision to have mechanisms that leverage the climate financing in Ecuador.

David González, manager of EMPAC-BGP ENERGY, stated that the incentive received will be used to strengthen the project, increasing the efficiency of electricity generation, and, consequently, the volume of reduced emissions.

Through the development and operation of the first two stages of the Pichacay thermal power plant, the aim is to diversify the energy supply of the canton, with an annual energy contribution of about 7,000 MW/h, which would supply 7,300 families with electricity.

With this project, Ecuador consolidates its contribution to the Paris Agreement, taking firm steps towards the fight against climate change and towards increasing transformation of the energy sector.

Get the LAIF Newsletter