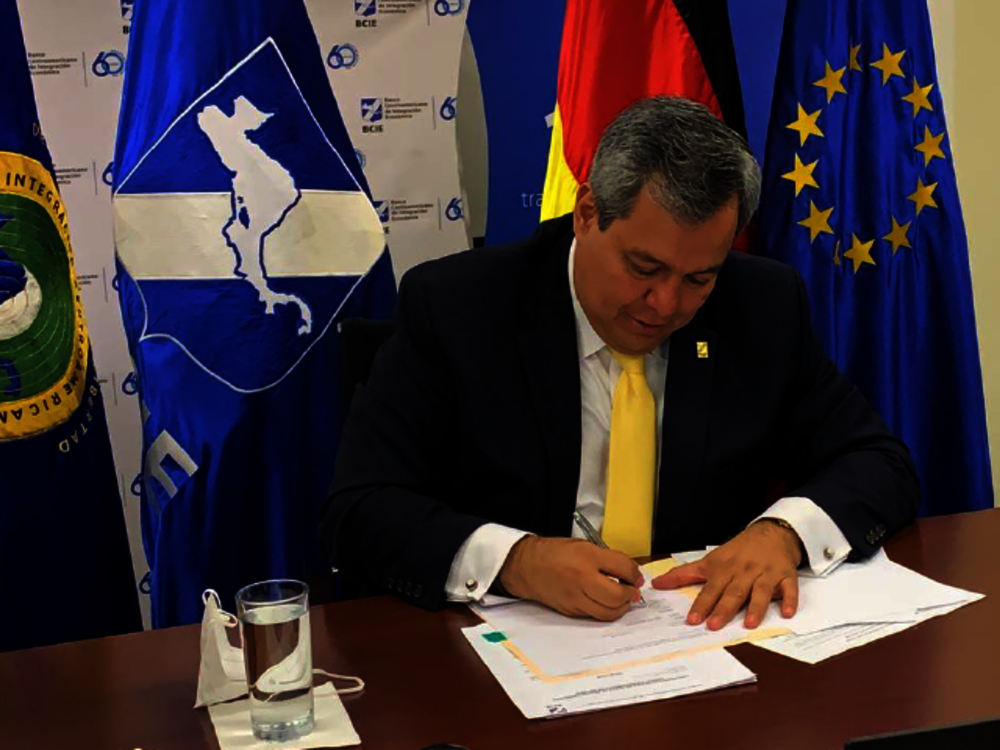 The Central American Bank for Economic Integration, the German Financial Cooperation, through KfW, and the European Union, through its Latin America Investment Facility (LAIF), contribute US$ 350 million to micro, small and medium-sized enterprises affected by COVID-19, through the Financial Sector Support Facility for MSMEs in Central America.

Through the Facility, credit resources are made available to MSMEs to finance their working capital and investment needs through existing financial institutions in the different Central American countries.

Eligible MSMEs may access a Credit Guarantee Fund, non-reimbursable Seed Capital and Technical Assistance. Partial guarantees for environmental credits are granted through the Green MSMEs Initiative, the objective of which is to facilitate access to investment financing in order to reduce C02 emissions and protect the environment. Seed capital donations to young companies come from the DINAMICA II Initiative — Seed Capital Risk Financing, whose objective is to promote the financing of young entrepreneurship and innovation. DINAMICA II Initiative — Seed Capital Risk Financing and Green MSMEs are tripartite initiatives between the European Union, KfW, and CABEI.

The DINAMICA and the Green MSMEs initiatives have an amount of up to US$ 83.0 million from the Government of Germany through KfW. The European Union, through its Latin American Investment Facility (LAIF), supports the two programs with an amount of US $ 28.5 million for guarantees, seed capital and non-reimbursable technical assistance.

In this regard, Jolita Butkeviciene, Director of the European Commission for Latin America and the Caribbean, expressed during the launching ceremony that “this initiative is part of the actions of the 'Team Europe', created by the European Union and its member states to attend to MSMEs affected by the pandemic, and to promote entrepreneurial and innovation projects. "

The Executive President of CABEI, Dr. Dante Mossi stated that “through this Facility CABEI responds to the urgent needs of financial resources of MSMEs, which will allow restoring their productive capacity, recovering the jobs lost during the crisis and boost the economy of our countries ”. Likewise, Dr. Mossi added that “it should not be forgotten that this sector contributes to generating 33% of the GDP of the economies of the region and that they are an important engine for the creation of jobs, generating about 45% of the population economically. active (PEA) in all the countries of Central America ”.

For more information, DOWNLOAD the brochure of the Financial Sector Support Facility.

Get the LAIF Newsletter